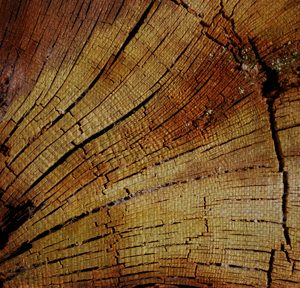 This year there was no doubt.

Pine needles fell in clumps, and those that clung to skeletal branches were orange, the color of the setting sun. So he called in the professionals. “Had to,” he said. It’s no wonder he did; the tree was three, maybe four stories high. Within hours of the cherry picker’s arrival, the tree was felled and brought to the roadside in chunks. I have to admit, I mourned.

How many years ago did that tree sprout? I wondered. Whenever it was, the red rocks beyond remained, an ancient backdrop compared to a few centuries of growth. The sky, the moon, the stars … a witness to the seedling tree as it trembled in the wind. And then it grew. How long?  Dendrochronology is the scientific name for determining a tree’s age by it’s growth rings. Years of drought are noted by the close proximity of rings, whereas rainy years produce wider rings. Rings can also indicate lightning strikes, insect infestation … even earthquakes.

He breathed his last too soon

Recently I received a text from a family member that said, “We think he’s dying.” My first thought was, “Who?” The message came while I was driving home after a busy day. I pulled over. That morning my dog had been coughing. Not often. Not hard. I had wondered about this, and thought I would make an appointment with the veterinarian in the morning. But now, I was told, his breathing was labored and his heart was beating too fast. By that time, the vet’s office was closed and I was nearly home anyway, so I decided to assess his condition before taking him to an emergency clinic. When I arrived home, he seemed better. I held him and rocked him and wrapped him in a towel to keep him warm. He closed his eyes and rested. I took him outside, I brought him to his water dish. He drank and nibbled on some food. Even so, I wanted to take him to our regular veterinarian in the morning.

I opened the sleeper sofa and put his bed on it and then my pillow. We slept together. At 2am he awoke and I took him outside again, but this time he flopped down like a puppet without strings. I brought him back inside and laid him in his bed while I looked for the emergency clinic’s phone number. But less than ten minutes later, he had a spasm and took his last breath. My shadow, my pal, my dog was dead.

The house is quiet now. No tail wags at me when I come home. I miss him terribly. I will write more about his silly antics, and the words of this blog will be like a tree ring — a way to show the past — the way he howled when he thought I wasn’t home, the way he ran from one side of the house to the other when he was happy — a life well lived, and long. Fourteen years. I will miss him much longer than the time he spent on earth.

Have you lost an animal friend too? Then you know what it’s like. A pet is family.