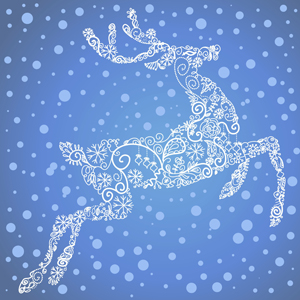 Looking through my car window, the doe looked okay. But something wasn’t right.

I approached slowly, wondering, “Why is she resting in the middle of the intersection?” My car rolled to a stop a few feet away.

Still, she did not move.

Then I saw it. Her sides heaved and her nose bled. Not knowing what to do, I stepped out of my car even though I was dressed for a party–a celebration of missionaries for which I would serve them. All that week I had been helping to set the hall and prep the food for people who care for the sick, the poor, the suffering. But as I stood in the street, in the cold, in December, my heart broke for another of God’s creation.

The deer tried to stand but it’s leg was pitifully broken.

What would you do?

Just then, a truck pulled up, and before the man who stepped out could say a word, I said, “Oh! I am so glad you came!” He looked at me as if trying to recollect my name, but we had never met before. Still, I was glad. Help was needed. Help arrived. How?

An orchestrated intervention—at least that is what I believe.

I explained to the man what I knew about the situation, which wasn’t much. He called the state patrol who connected him with the Division of Wildlife. Meanwhile, the deer continued to suffer.

After what seemed like an interminable amount of time, the man received permission to take the deer’s life. It was for the best. The poor thing.

Being a hunter, he had a knife in his truck. I watched this man gently put the knife to the doe’s throat. His hand rested on her head for a time. Then I watched her die.

It was… for the best. 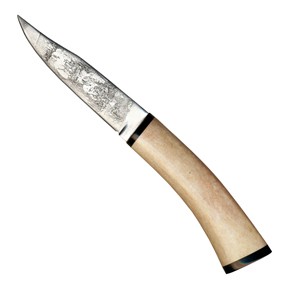 He asked if I would help lift the animal to his truck bed. What else could I do? I buttoned my coat to cover my white serving blouse and lifted. Then I went on to live another day. Another day. I am grateful.

Two days later, having made a sort of friendship with this kind hunter, my dog and I drove to his house, met his wife and son, and received a few bundles of venison. His wife was curing the skin for some future craft use.

I asked about the process of preparing the meat. Without telling me most of the details, he did say that he and his young son took the deer into the wild, gutted it, and left the innards for other animals to consume. That seemed right to me. Nothing gone to waste. Then a friend came and helped him carve the meat. I received a portion.

I told my new friends that I would thank the Great Spirit for the life of this deer, for the man, the hunter who came at just the right time, and for the nourishment of the meat. The man said he always gives thanks when he hunts. Always.

Now, I have to tell you, I grew up in the city. Meat came from a store, not an animal who gave up its life for mine. This is a solemn post for me. A holy remembrance of sacrifice. A deeper appreciation for the things I often take for granted.

That said, this past Sunday I prepared the venison in a marinade of olive oil, mustard, parsley, pepper, and salt. I grilled it. I prayed. I ate. Not much though. Maybe two bites. As I said, this was an awakening of the process of consumption. I told some friends, country girls who grew up on ranches, and they smiled at my naivety. They are good friends! 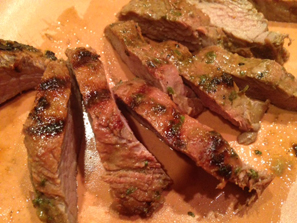 North American Indians had a special way of preparing deer meat to make it last in times of want. It is called pemmican. To make pemmican, the meat is first dried then pounded until powdered to a cornmeal like consistency. This is blended with various dried fruits, such as chokecherries, blackberries, apples…. Fat from the meat might be added to bind the mixture, and the paste, pressed into cakes or rolled into sticks, could last a long time—at least until another profitable hunt.

The prayer I share with you today is Chinook, one that I found on a Jesuit website that includes many prayers from all around the world: http://www.xavier.edu/jesuitresource/online-resources/Mealtime-Prayers.cfm

“May all I say and all I think

Be in harmony with Thee

God within me, God beyond me,

Maker of the trees.”

And now I add my own prayer: “Thank you God for the deer who fed my family and led me to make a new friend. As for the one who hit the deer, well, I don’t know what happened. Were they driving too fast? Did the deer jump into harms way undetected? Whatever happened, I ask that the next time the driver sees a deer they see the beauty of creation, and, with peace in their heart, know the Great Spirit is with all gentle beasts of the forest. And that they would know. The Great Spirit lives.”

One Response to “The Deer Who Suffered”