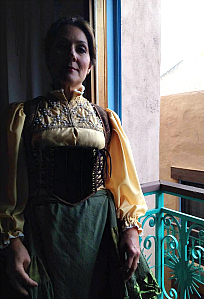 In the shadow of Table Mountain to the east and the Rockie’s foothills to the west, the 2014 Women Writing the West conference took place in Golden, Colorado. The autumn sunshine brightened gold leafed cottonwoods that nibbled the edge of Clear Creek, and as much as I wanted to go outside and play, I had been looking forward for months to this meeting of like-minded artists.

A writing conference is usually packed with instruction, and although I wanted to attend every session, you have to choose. **sigh!** Sometimes in my class I’d hear laughter from the room next door and want to rush right over. But then something great would happen in my class and I’d start wishing the women in the other class were with me soaking up the inspiration. In other words, it was all good!

One evening, we had an opportunity to preview the film The Cherokee Word for Water where I also learned the word “gadugi” means working together to solve a problem. The film comes out in November, and I will devote an entire post about it but wanted to give you an opportunity to hear about this incredible film as soon as possible.

Another event included a silent auction. The grand prize was a beautiful handmade quilt that took a full nine months to create. When the winner was announced, everyone cried because the winner gave the quilt back to the seamstress who made it! Such generosity lifted my spirits, but when I won a pillow, I kept it! 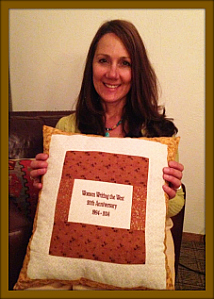 The Women Writing the West conference included an author book signing. So much fun getting to know my peers! Here are links to a few of my new friends’ websites that include information about what they write.

I especially want to mention the noteworthy Florence B. Weinberg PhD. Her books’ topics are closely related to mine (scroll through her site for tons of great information on the Missions).

Next, you will deeply connect with Mara Purl’s characters in her enchanting Milford-Haven series. The goal of Mara’s books is to answer who, what, when, where, and why as pertains to the people she writes about in the California Central Coast. It’s a place you’ll want to visit again and again via, naturally, her stories! Check out her website to stay up-to-date on the progress of her books.

That should be enough to get you started . . .

Finally, many of the authors attended a high tea. The assortment of treats included a pumpkin nutmeg soup, perfect for the season, with tiny bits of onion and a swirl of cream. Delightful! A one woman show highlighted the lives of five notorious western women. I felt inspired by the women who, despite not having our modern freedoms, overcame hardship to prevail. Did I mention that all the participants were invited to dress up? See if you can guess which era each woman belongs to. 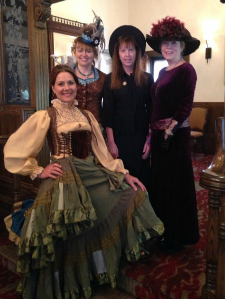 I look forward to next year’s conference. If you are a woman who writes about the west, all genres, fiction or non, consider coming to the 2015 conference. You won’t be disappointed!