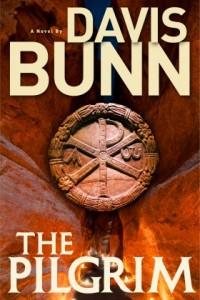 Every once in awhile a book I’ve read makes an impact on me, and I’d like to share what it is and why. Some books will be old and some newly published. I may also review the book on other sites. If so, I’ll include the hyperlink. Here’s the first—I chose historical fiction, of course!

Official Overview of The Pilgrim

Travel with Empress Helena, mother of the emperor Constantine the Great, on a perilous journey through ancient Judea to Jerusalem.

Abandoned by her husband, in danger because of her faith, but with an implacable will to do what God calls her to, Helena meets those who would help and harm her along the way. Miracles seem to follow this humble but determined woman as she wins many over to the faith, and changes lives forever—including her own. This unforgettable story is a vivid portrait of one of Christian history’s most important women.

Fourth Century Christians, often imprisoned as slaves and brutally murdered for their belief, find solidarity with a Roman empress who has undergone her own kind of persecution. Why this happened is a faith building highpoint of The Pilgrim.

Author Davis Bunn had me walking through the desert heat and tasting its salty air. I joined St. Helena, mother of Constantine the Great, as she delivered the Edict of Milan throughout the Roman Empire. When I entered this ancient story world, I understood her humanity, fears and courage, sorrow, and ultimate joy of seeing the fulfillment of God’s will for her life—but not of her life alone.

Through his engaging storytelling, Bunn drew me into the emotional ups and downs of soldiers, prisoners, lepers, and priests. I felt the wonder of discovery as I learned about the early Church, its key players, the Holy Land, and power of God to heal disease and give hope to the broken hearted. I sensed their dread of being hounded by enemies. I was hungry as Helena fasted for clarity and trust in her mission: to reestablish decimated churches and propagate the Kingdom of Heaven on earth. And while the spiritual aspect kept me glued to the page, my interest peaked at her greatest discovery, something which continues to inspire Christians around the world.

This story captured my heart, and because of its clear language and age appropriate content, I believe it will do the same for anyone interested in historical fiction.

I received a complimentary copy of this book from Franciscan Media in exchange for my honest review.

Read my other reviews of The Pilgrim at: 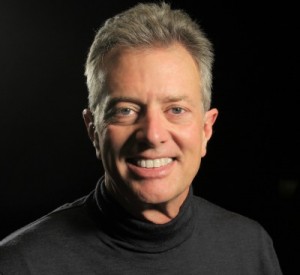 His work has been published in twenty languages, and critical acclaim includes four Christy Awards for excellence in fiction and his 2014 induction into the Christy Hall of Fame.

Davis divides his time between Florida and England, where he serves as Writer In Residence at Regent’s Park College at The University of Oxford. Visit Davis at http://www.davisbunn.com. 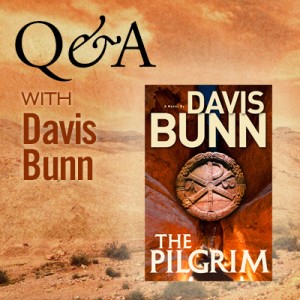 Q&A With Davis Bunn, author of The Pilgrim

Q: There are many legends about Constantine and his mother, Helena. How did you decide which legend to incorporate into the story?

Davis Bunn: The period when Constantine became the first Christian emperor is one about which so much has been written, and yet so little detail is known. No one knows for certain where his mother, Helena – the main character in The Pilgrim – was born. There are three main legends, and I used the one that has the greatest sense of historical resonance, that she was British, and her father ruled one of the provinces taken over by the Romans. Her husband was a general who met Helena in the local market and fell in love at first sight.

Q: What is the appeal of writing about a historical figure? What was one special challenge you faced in doing so?

First and foremost, Helena is a saint in the eyes of the Catholic church. Her son, Emperor Constantine, was the first Roman leader to convert to Christianity. His death marked the moment when Christians were freed from persecution. Constantine was led to faith by his mother. The Pilgrim is her story.

While I am a fervent evangelical Protestant, my wife is Catholic. My mother is a Catholic convert. As is my sister, who has raised her two daughters as Catholic. So part of what I wanted to do here was to grow closer to the heritage that these dear people treasure. Their faith has had such an impact on my own life.  It was important that I use this story and this opportunity to create something that would honor their perspective on faith. I also wanted to share with readers the enormous life lessons we can learn from the lives of the saints.

So many, many different issues came up as a result of this quest. It proved to be a beautiful and intense growing experience. Although this book is not particularly long, the actual writing took as long as some of my much bigger books. Part of this was honing the story so their faith, and their history, was honored, but done from a foundation that reflected my own personal walk in faith.

My hope, my fervent prayer, is that the story will resonate with readers from both faith communities.

Q: The end of The Pilgrim leaves the reader wanting more. Will you revisit this story down the road?

I am working on a second book, The Fragment, which is scheduled for publication in the spring of 2016. The Fragment carries some of the concepts from The Pilgrim into the early twentieth century, when the U.S. came to possess a reliquary with a supposed component of Jesus’s cross. It ends in a vignette that happens today, when a couple travels to Rome.

Q: How can readers find you on the Internet?

Subscribe to Davis’s e-newsletter: Send a blank email to davisbunn@aweber.com